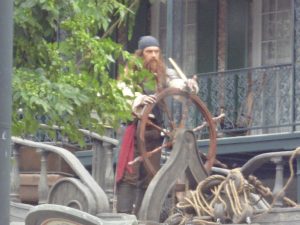 Actor Antonio Banderas was spotted by hundreds of witnesses in a high speed chase through downtown Savannah, Georgia on Monday. The Savannah Police Department (SPD) said that not only did Banderas drive at a high rate of speed but upon reaching a road block erected by police he immediately threw his vehicle in reverse and fled in the opposite direction. Both police and witnesses say that Banderas appeared to be in pursuit of several individuals in a grey sedan.

Witnesses seemed in disbelief when told about Banderas’ involvement. One eyewitness stated, “That was Antonio Banderas? With the long scraggly hair and beard, I just thought it was one of Savannah’s many eccentric street people.” According to witnesses, Banderas was seemingly dressed as a pirate with a dark gray bandana holding back his long hair. “Maybe it was just a publicity stunt,” mused another eyewitness. “Maybe he’s trying to get Johnny Depp’s role in the next Pirates of the Caribbean movie.”

Police confirmed that Banderas was, indeed, dressed as a pirate. Several eyewitnesses stated hearing Banderas make nonsensical statements claiming he was in pursuit of Sponge Bob Square Pants. SPD confirmed that when initially approached Banderas claimed he was in pursuit of the fictional cartoon character Sponge Bob. He also was under the belief he was in the city of Salty Shoals not Savannah and thus insisted SPD had no jurisdiction to question him. These are all the details SPD has at this time since Banderas successfully fled the scene during questioning. Savannah Health and Human Services claim they are currently investigating what services they can provide Banderas once he is successfully apprehended.

Witnesses claim that not only was Banderas dressed as a pirate but he was driving some sort of food truck converted into a pirate ship on wheels. They also claim a black truck with photographers inside also appeared to be chasing Banderas. “Perhaps he was trying to evade paparrazi,” said one bystander. “Maybe that explains the pirate disguise as well.”

One Savannah official who wished to remain anonymous said it was not unheard of for Hollywood actors to escape to the quaint southern city to get away from the hectic demands of their celebrity lives. “Here they are free to be themselves,” he said, adding “and apparently Banderas’ true self is a homeless pirate.”

Savannah mental health officials claim this will not be the first time they’ve had to intervene in the life of a Hollywood celebrity. They noted that once actor Tom Hanks sat on a park bench in one of Savannah’s beautiful oak-lined squares for several weeks simply offering passers by boxes of chocolates. Actor Robert Duvall was once found wondering the streets mumbling the words to the children’s story, The Ginger Bread Man, over and over again. Sandra Bullock and Ben Affleck once set off explosions in a car dealership on the same Savannah street where Banderas was seen speeding. Yet the strangest incident came in 1999 when John Travolta was found wondering the streets of Savannah claiming to be an Army general masquerading as a First Sergeant attempting to broker an illegal arms deal. “Travolta kept up this elaborate act for three whole months,” claimed one official. 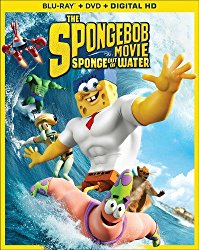 A spokesperson for the Savannah Film Commission noted that Banderas’ seemingly bizarre behavior would all make sense next February (2015) when the movie “Sponge Bob Square Pants 2” is released. Until then the public should use caution around Banderas and respect all police road blocks used to contain his pirate-mobile.

(Filming of Sponge Bob Square Pants 2 will continue in downtown Savannah all this week. Although certain streets are closed the sidewalks remain open thus giving visitors a first hand look at the movie-making process.) 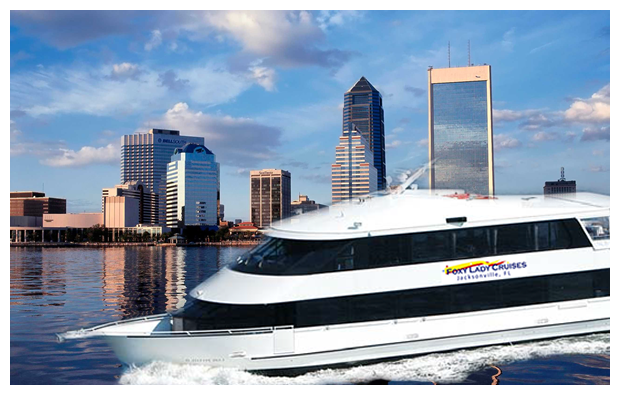