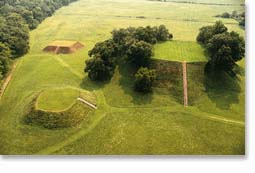 I turned around and around just trying to take it all in. Surrounding me was a massive ring-shaped structure nearly 366 feet around made almost entirely from oyster shells. Its walls towered above me at over 20 feet tall. This ring and two others just like it nearby are all that remain of a lost civilization on the south Georgia coast. They would be just one of many such ancient Native American cities that I would explore in my trek across Georgia.

The rings, known as the Sapelo Island Shell Ring Complex, were constructed over 4200 years ago making them older than the pyramids of Egypt. Standing in the center of the larger of the three rings with my guide, archaeologist Victor Thompson, I couldn’t help but imagine how they would have looked back then. He described how the Native American villagers lived within the rings in huts encircling a central plaza where games and ceremonies undoubtedly took place.

He also informed me that these Native Americans invented an entirely new technology: pottery. It was here that some of the oldest pottery in North America was first discovered. I was surprised by this but it would be one of many surprises waiting for me as I explored Georgia’s Native American heritage through its many diverse archaeological sites.

My next stop brought me face to face with what, at first glance, appeared to be just a big pile of rocks. After climbing the three story observation tower and reaching the last step, I walked over to the glassless window and peered down. From this lofty vantage point, the “big pile of rocks” was transformed into a giant bird of stone, perhaps an eagle.

Rock Eagle, as the structure is called, is located in Eatonton, Georgia. It is over 102 feet high from head to tail and over 120 feet wide from wing tip to wing tip. It was likely built 2,000 years ago.

Arch Smith, director of the Rock Eagle 4-H Center, informed me that archaeological investigations during the 50’s revealed cremated remains buried beneath the structure. This suggests that Native Americans built it as a monument to a great leader after his death.

Rock Eagle is one of only two such effigy mounds to be found east of the Mississippi River. The other mound, named Rock Hawk, is also located in Putnam County, the same Georgia county as Rock Eagle. Rock Hawk is is slightly larger than Rock Eagle.

Other rock structures exist throughout north Georgia. Two stone circles encircle tops of two Georgia peaks. Stone walls zigzag across other hills and mountaintops. One such wall atop Fort Mountain, now a state park, was originally believed to have been built for defensive purposes. Yet walking along its 955 foot length, its hard to see how it could have afforded much protection since the wall was built against the mountain’s slope leaving those behind the wall actually above it in many places and completely vulnerable. Instead, archaeologists today believe the structure was most likely used for ceremonial or astronomical purposes.

The stone wall atop Fort Mountain is believed to have been built around 500 AD. About this same time, Georgia’s Native Americans were building ever more massive constructions. 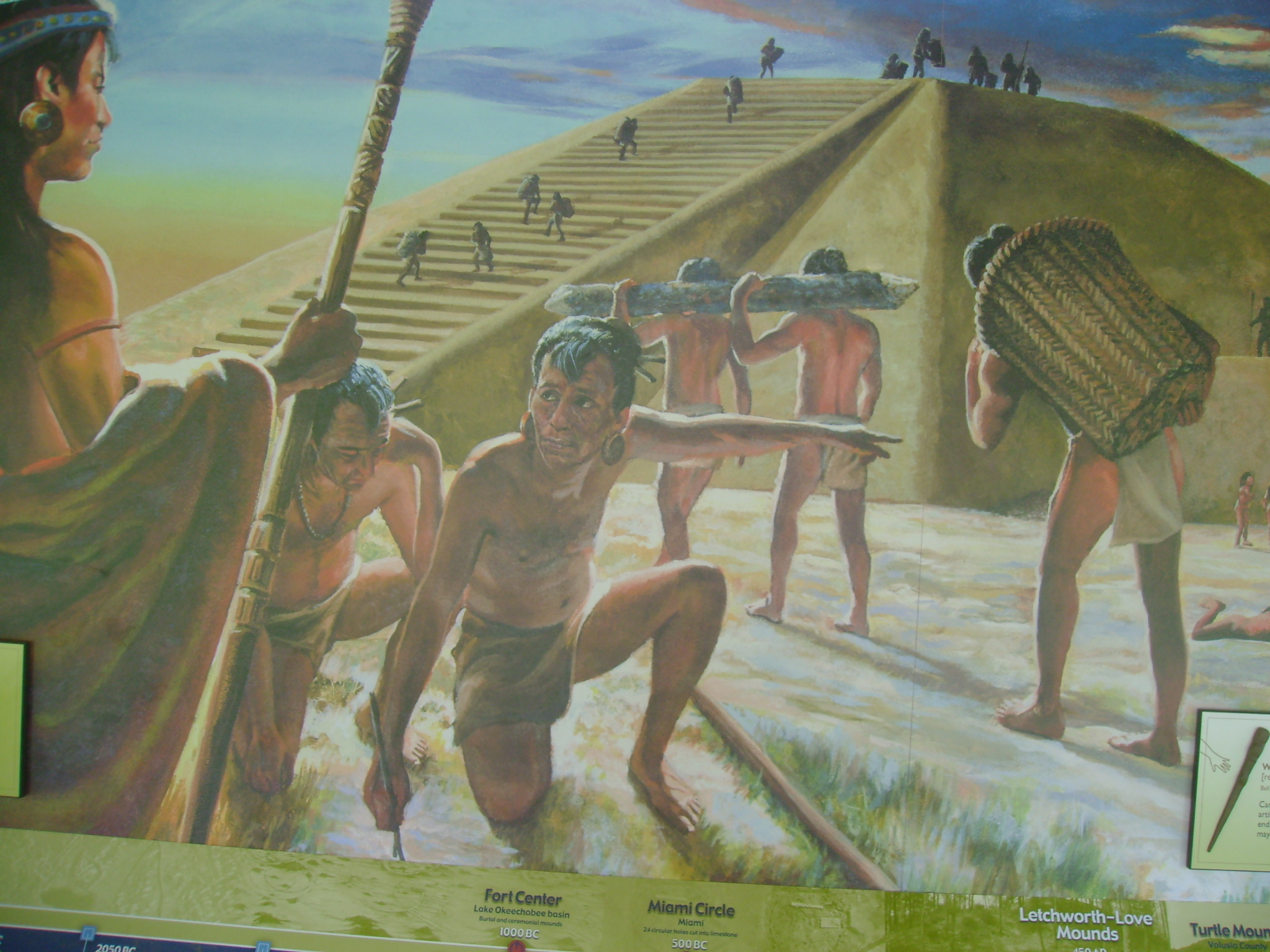