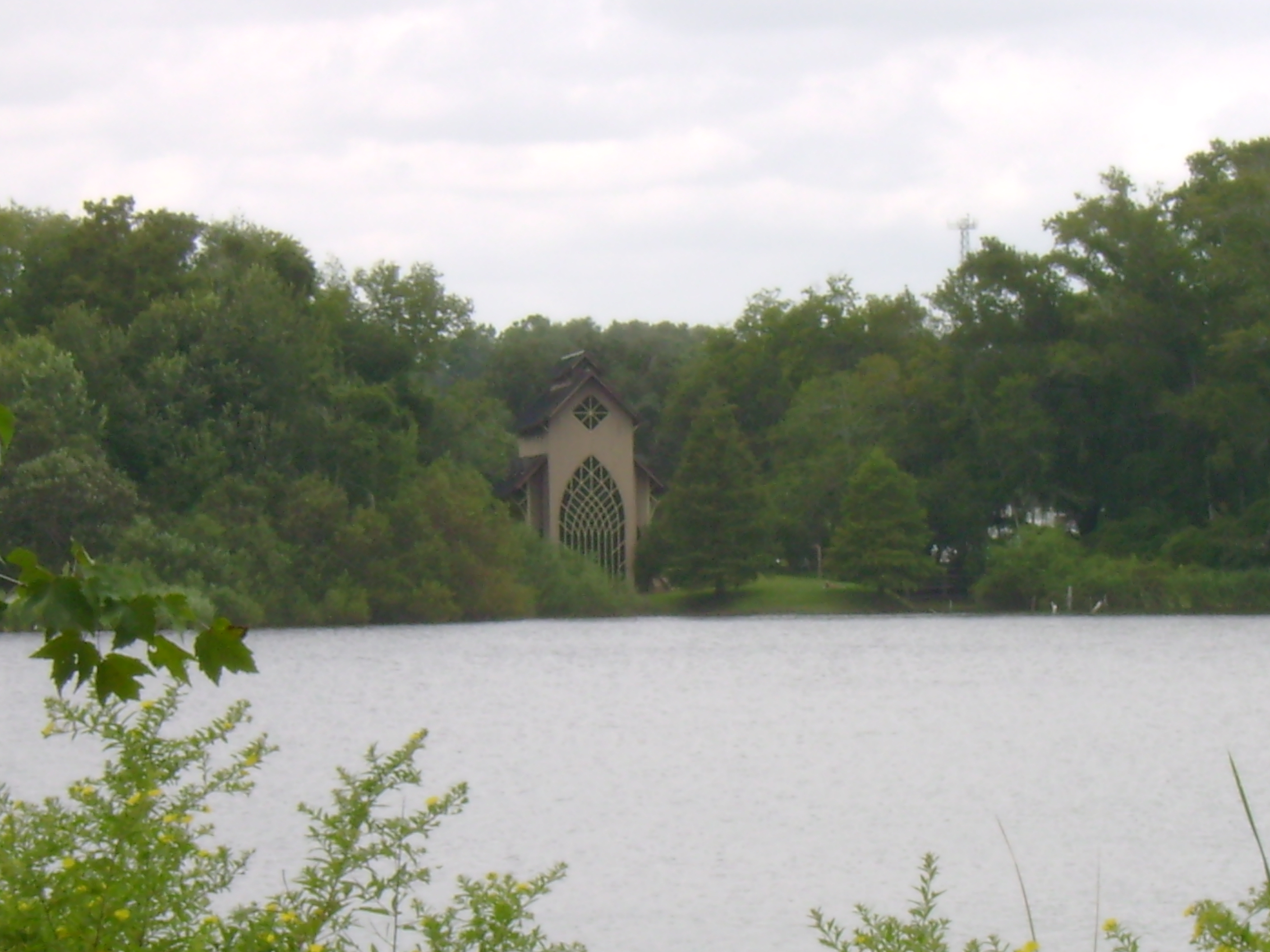 Lake Alice, located on the University of Florida campus in Gainesville, is a nature lover’s paradise and the perfect place to spend a few hours walking. Home to a variety of wildlife including alligators and a colony of 60,000 bats that take flight every evening at sunset, Lake Alice is a true gem of Gainesville.

The starting point for my half-day adventure was the Baughman Meditation Center. The exterior gives the impression of an ancient gothic cathedral. Built as a place for silent meditation as well as public functions such as weddings and other events, the interior is very simple and zen-like with many windows offering impressive views of Lake Alice. There are no religious symbols of any sort inside or outside the structure, thus ensuring its use as a sacred space for people of any spiritual discipline.

The grounds of the Baughman Center are as striking as the building itself. They provide a beautiful frame to view the majestic architecture. Walking paths lead to other picture-perfect vantage points to take in the beauty of this magnificent structure along with opportunities to witness wildlife up-close and personal. 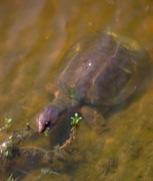 Located on a lake it is not surprising that the first wildlife I spotted were several fish species in the clear water. Numerous small bridges leading to grassy islands offered even more wild creatures for my viewing pleasure. Near the shore I saw several small heads peaking up from the water and swimming towards me. At first I thought they were baby alligators but I soon discovered the heads belonged to a soft-shell terrapin (a type of turtle.) A few moments later I saw another terrapin sunning himself on the grass. After getting too close for his comfort, he scurried back towards the water where I noticed his shell flexed when he walked and was leathery not hard like other turtles. 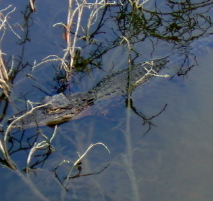 My wish to see an alligator was soon granted when I spotted a juvenile lazily floating in the water. With eyes half-closed he appeared to be sleeping, resting his head on a fallen branch. Moments later in another section of the lake I spotted a baby alligator barely peaking his head above the water. Then further down the walking path I spotted a larger juvenile gator nearly perfectly camouflaged in black mud along the bank. Nearby were two birds locally known as ‘water chickens’ that had bright orange duck-like bills but chicken-like feet.

After following the walking path along the lakeside I saw trails that led into the surrounding woodlands known as the McCarty Woods. The trail began as a dirt path. On one occasion I had to duck beneath the arch of a tree that had fallen across the path. On another fallen tree grew some of the most brightly colored mushrooms I’d ever seen. Their bright orange color made them very eye-catching and thus I had to stop and take a photo.

Soon the dirt path turned into an elevated boardwalk which eventually forked in two separate directions. I turned left and soon the boardwalk transformed into a concrete sidewalk. A little stream ran beside the sidewalk which took me through a cypress garden planted by university students. The green grassy meadow and the green of the young cypress foliage made for a very pretty sight. In another section a wooden bridge crossed the little stream making another picture-perfect scene. 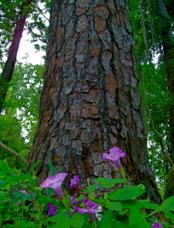 Just before the sidewalk turned into a boardwalk again, I spotted the most beautiful purple flowers growing beneath a tall and, judging by its size, very old pine tree. I laid on the ground to get a good angle from which to photograph the flowers and the pine.

The path soon ended and I turned around and headed back up the path. An over -abundance of lizards scurrying off the path and into the underbrush kept the forest ahead sounding very much alive. The occasional squirrel also added to the symphony of rattling bushes and tree limbs.

I noticed more fallen logs with many different varieties and colors of mushrooms growing on them. After a few photos I continued forward until stopping to admire a large banana spider and the intricate web it had spun to capture its prey. 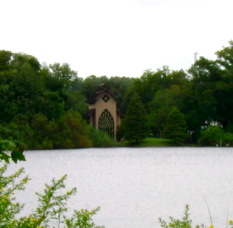 Upon reaching the fork again, we decided to take the untraveled path which led to the most magnificent view of the lake and the Meditation Center. There was a seating area at the end of the boardwalk near the water’s edge which gave a panoramic view of the entire Lake Alice environs. This was a rather popular place as several couples came and went in the short time we sat at this location. A very interesting orange net-like vine grew over much of the tall lakeside vegetation. I’d never seen anything quite like it before and have no idea exactly what type of plant species it could be.

We soon left this spot (after taking more photos, of course) and headed back to the entrance of the walking trail. Once out of the McCarty Woods we walked back in the direction of the Baughman Center while snapping a few more photos of a scenic island in the lake. Oaks draped in moss formed a natural archway above the sidewalk.

Across the street were student gardens and an interesting tall structure made from telephone poles with a roof on top. An image of a bat on the outside of the structure along with a strong odor emanating from the structure suggested it was a bat house. The signs and display in front of the structure confirmed this. Over 60,000 bats live in this structure (which explains the odor) and leave in a mass exodus each evening in search of insects. We decided we could not miss such an event and vowed to come back later to witness it. 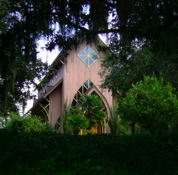 We were now very near our origination point and decided to walk by the Meditation Center again for one last look. From the street this beautiful structure was framed by moss-draped limbs of massive oak trees adding an air of mystery and elegance to the building.

Lake Alice is definitely one of the most beautiful places in Gainesville, Florida and on a nice fall day it makes for a wonderful and relaxing outing. So whether you’re already in Gainesville or simply passing through on I-75 or US 301, it’s worth your while to stop in and visit this one-of-a-kind natural sanctuary.