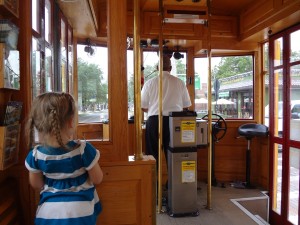 “This is our stop,” I said to my daughter as the streetcar came to a stop. I held her hand as she hopped onto the sidewalk. The streetcar drove away and we followed the family who had also gotten off at this stop. Soon we all realized we had gotten off one stop too early as we watched the streetcar stop right in front of the Florida Aquarium. 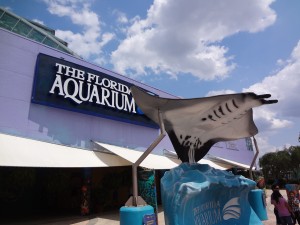 We eventually made it to the entrance of the aquarium, bought our tickets and stepped inside. The cool air was quite a relief from the hot, humid Florida climate outside. We immediately saw the sting ray touch tank and headed straight for it. She’s only four but she’s already been to two other sting ray touch tanks, one at the Jacksonville Zoo and another at the Georgia Aquarium in Atlanta. It’s always her favorite part of these visits! 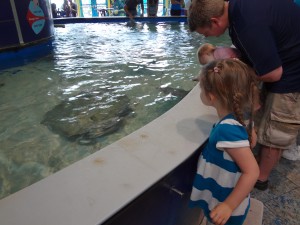 She took her place alongside the other kids and reached her hand in the cool water to try and touch a sting ray. Although sting rays can be dangerous in the wild, these sting rays have had their barbs trimmed so they are no danger to the kids. Within seconds a large sting ray swam past her and she was able to touch it. She was quite thrilled at the experience as were all the other kids. 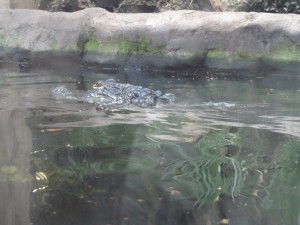 After convincing her that we’d come back to the touch tank before leaving, she finally agreed and we headed up the escalators to the main level. From here we passed a large aquarium of fish and then entered the first exhibit named Wetlands. This exhibit featured a living mangrove forest and included many of the animals that call this habitat home. We first saw alligators and alligator gar fish. As we moved through the exhibit we found playful otters swimming and chasing each other through their tank. My daughter was both thrilled and mesmerized by these playful creatures.

Near the otters were what appeared to be large catfish swimming in the very shallow water of the mangrove swamp. The water they were swimming in was barely deep enough to fully cover them. 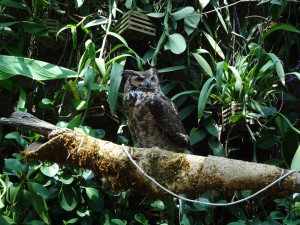 We next saw several birds. A large owl sat on a branch watching everyone as they passed. He was nearly invisible blending in with his surroundings unlike the bright pink birds we saw next. These were Spoonbills and as their name suggests their beaks were spoon-shaped instead of pointy. They were quite active washing themselves in the water and flapping their wings to dry off. But watch out for your fingers because one snapped at my daughter as she was pointing at him. 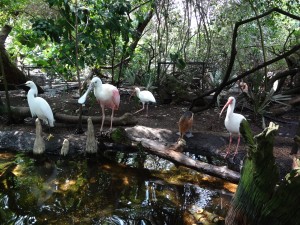 In addition to the pink Spoonbills there were also White Ibises and Snowy Egrets. After watching the antics of all the birds we headed up some stairs to an exhibit called Aquariumania where a variety of home aquariums were on display showing the wide variety of styles available today.

We then went back down the stairs and continued our tour of the aquarium. The next exhibit we entered after leaving the Wetlands was called Bays and Beaches. It featured everything from sea horses to spiny lobsters, sea turtles and more sting rays. 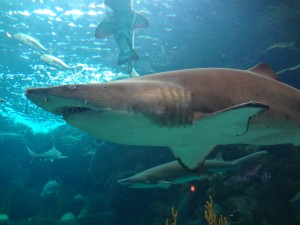 From here we entered the Coral Reefs exhibit by first passing by the Moray Eels tank and then walking through the coral reef tunnel and finally into the main attraction: the giant panoramic window of the coral reef aquarium. This aquarium was filled with sharks and other large fish that make the coral reef home. Two scuba divers were also in the tank when we arrived. The tank had a serene blue-green glow as sunlight filtered in from above. My daughter sat on the floor directly in front of the panoramic window and it was only then I was able to get a true sense of how large the window really was. 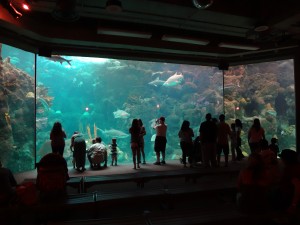 We spent a long time just watching the fish and sharks swim round and round. The exhibit was quite mesmerizing and serene. But time was ticking and there was more I wanted to see so I gathered up my daughter and headed for the exit.

Nearby was the Dragons Down Under exhibit. It showcased a unique type of seahorse called the Leafy Dragon. Next we passed the Moon Jellies, a translucent jellyfish with flashing, glowing lights running up and down its clear body. I could have stared at these moon jellies for hours! 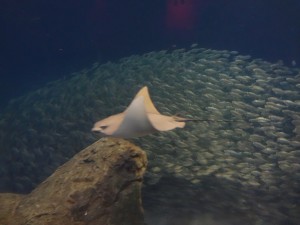 We continued walking and next entered the Ocean Commotion exhibit. This was another large aquarium window featuring a school of fish circling endlessly while small sharks and sting rays swam past. There were hundreds, if not thousands, of little silver fish in this school just swimming in a continuous circle creating almost a fish whirlpool. It was certainly something to behold. 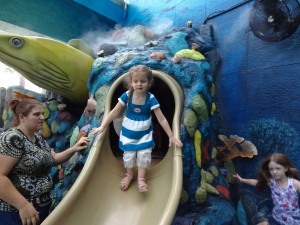 The last sea creature we saw was an octopus in its own small tank. We stopped and watched this amazing creature and then completed our tour of the aquarium. But this was not the end of our visit. From here we went outside to the Explore a Shore play area. Here were areas for kids to play after a long day in the aquarium. Unfortunately I didn’t bring my daughter’s swimsuit so she wasn’t able to go into the Surf’s Up Waves area and get wet. But she had fun climbing through the tunnels of a reef and playing on a pirate ship.

With just minutes until closing, I finally pulled my daughter away from all the activities and headed for the exit. The Florida Aquarium is definitely a great way to spend a day and escape the Florida heat when you’re in Tampa Bay. 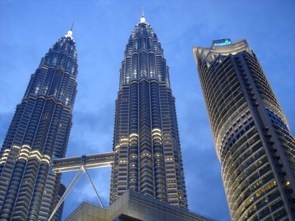 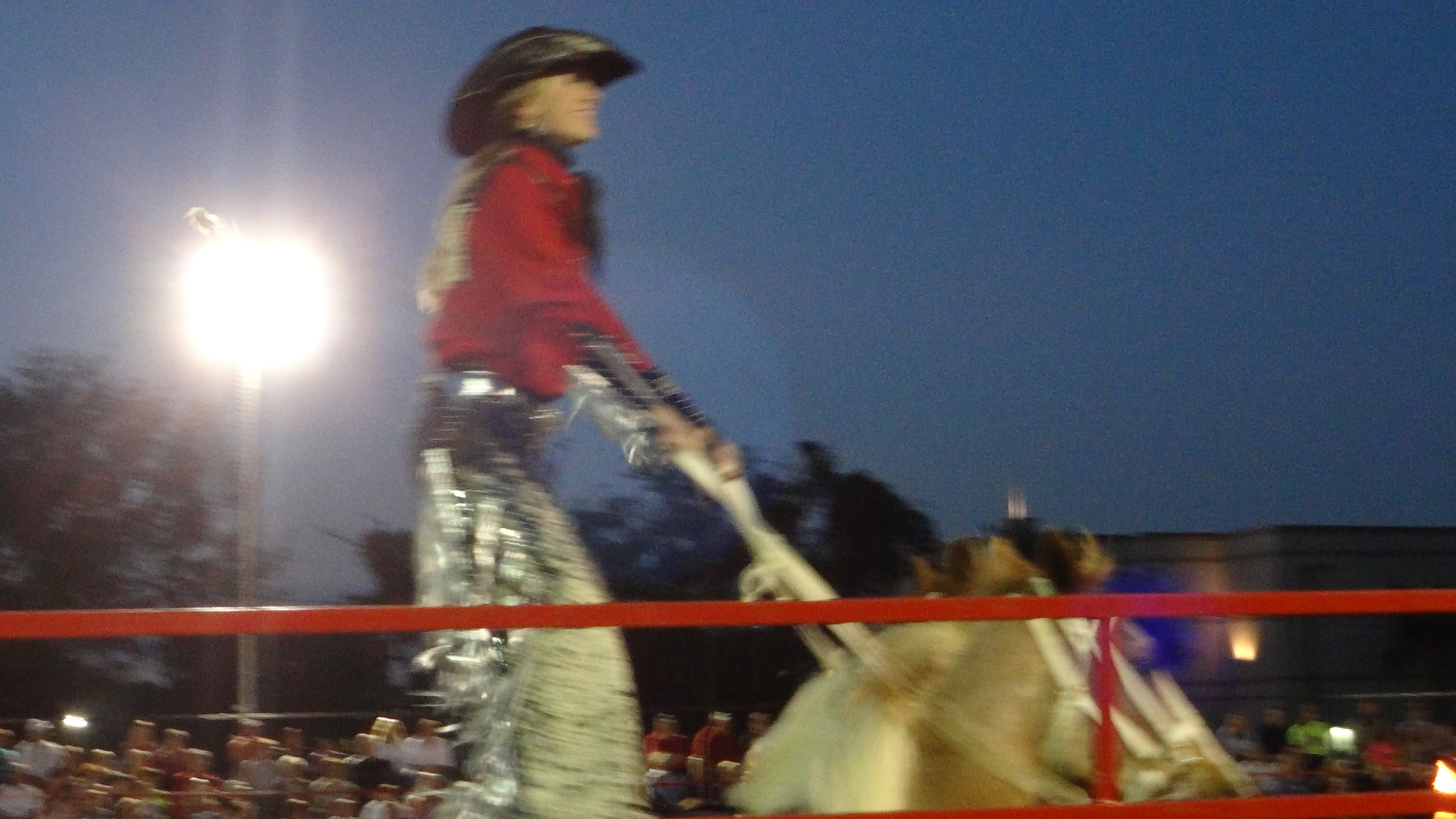